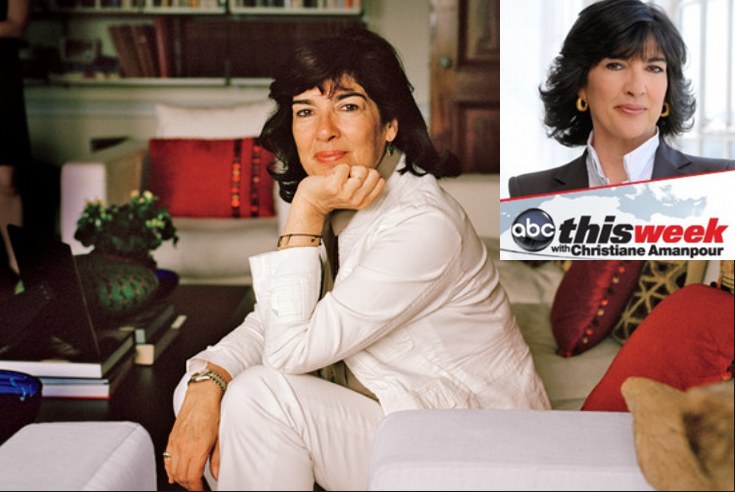 Christiane Amanpour, CBE  is a British-Iranian journalist and television host. Amanpour is the Chief International Correspondent for CNN and host of CNN International’s nightly interview program Amanpour. Amanpour is also a Global Affairs Anchor of ABC News. As of 2014, she has been recognized as one of the journalists most world leaders follow on Twitter, according to a report by the PR firm Burson-Marsteller.