He had  a perfect combination past and modern ages with his psychedelic music blended with poems of the Persian poets even from 11th Century. If the revolution in 1979 didn’t happen he would have a continuous and a more fruitful musical career for sure. His unfortune was his career’s coincidence with 1979, but what made him special was his resistance with his music rejecting the idea of going exile in abroad. 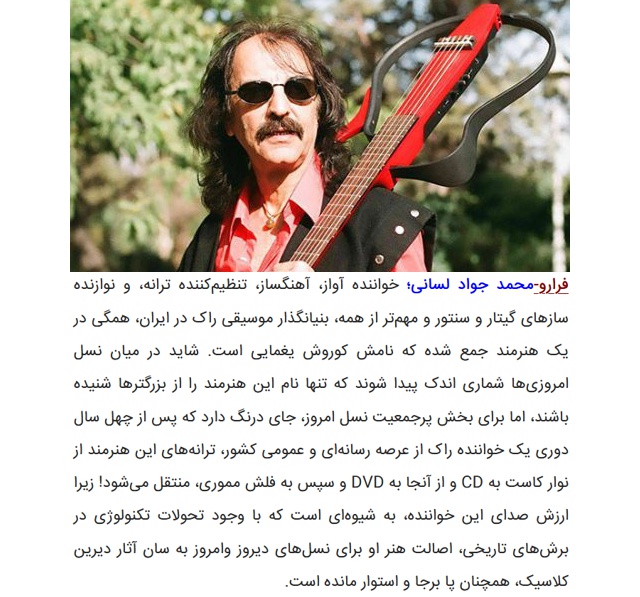