When Kourosh’s band first began to record in Studio Bel, they were recording live with second hand instruments. By the time, they promoted to a 8 track studio named Studio Pop. Even with 8 track he recorded live and in one take except solo vocal and guitar. Group’s last studio was Studio Saba where they recorded with 16 track. 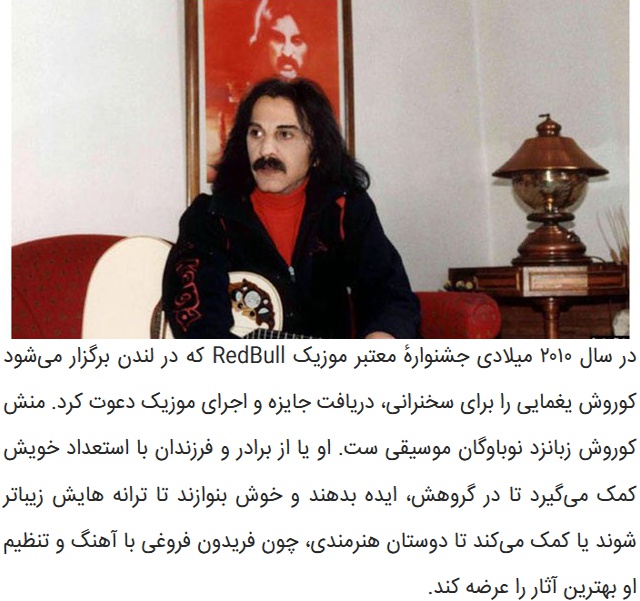