His first band was called The Raptures which had a reference from the famous band The Ventures. They began to play surf rock when Kourosh was studying sociology in Iran National University. 1967 lineup of the group was Kourosh (lead vocal, guitar), Bahram Saeedi (electric guitar), Kamran Khasheh (organ), Jahangir (bass), Viguen (drums). The band used to play covers of songs from The Beatles, Kinks, Monkees and of course The Ventures. 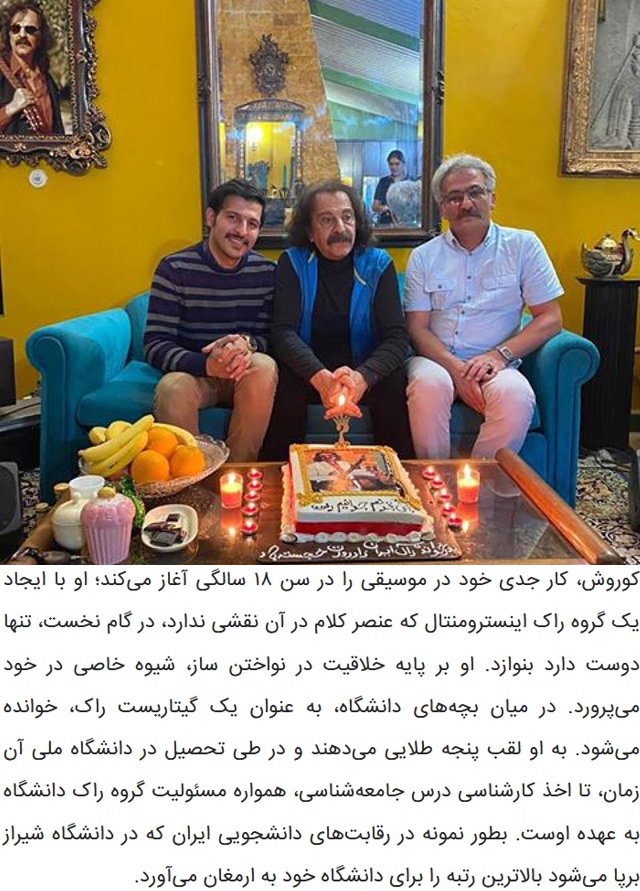