Anti-apartheid movement – To protest apartheid in South Africa, an international campaign against the oil company Royal Dutch Shell was launched in 1986. In America, there were nationwide calls from labor and civil rights groups asking the public not to buy gas from Shell stations. Because of the uprising of outrage over apartheid, Congress voted to override a veto by President Ronald Reagan on the Comprehensive Anti-Apartheid Act of 1986. This banned South African imports, airlines, and foreign aid from the U.S. The end of apartheid began in the early 1990s, when Nelson Mandela and other political prisoners were freed. Apartheid officially ended in 1994, when Mandela became the country’s first black leader. 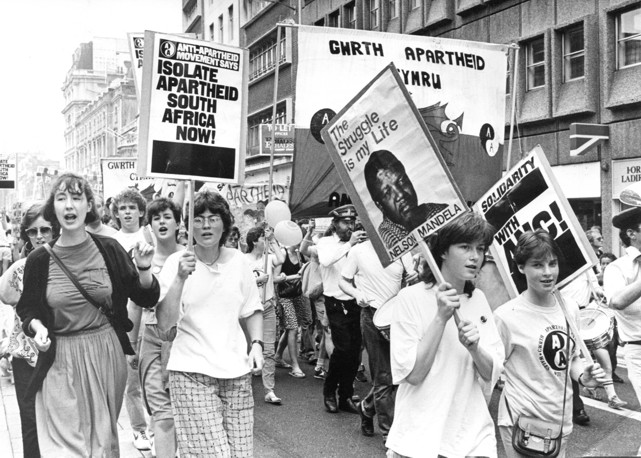