Supporters of the Iranian regime hold organized pro-government rallies to show their unity against anti-government protests. The protests were triggered by the death of 22-year-old Mahsa Amini, who died in a hospital three days after being apprehended by the morality police in Tehran and taken to a “re-education center” for not abiding by the state’s hijab rules. The calls to gather have been coming through announcements and mass text messages. But with international attention on the protests that have rocked Iran following the death of a woman in the custody of the country’s “morality police”, the mass gatherings called for in the messages have been to show support, not opposition, to the Iranian government. 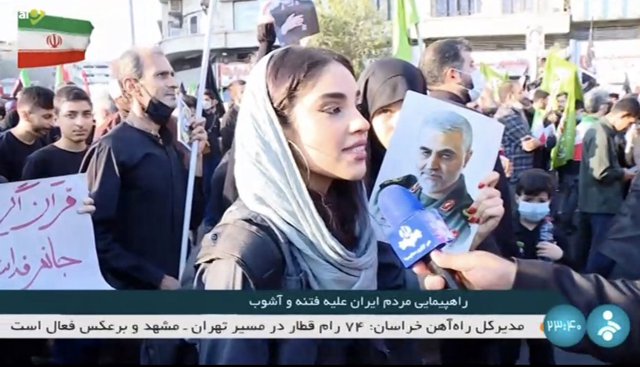