New Yorker Magazine Exclusive: The protests that erupted on September 16th—led by the girls and young women of Gen Z— were a revolt against the theocracy’s intrusions on their lives, private and political. The Zoomers are braver, more ambitious, and more pragmatic than the previous two generations, as Forough Alaei captures in her photographs. The youth of the nineteen-sixties and seventies had ideological aspirations—either socialist—of creating an oil-rich utopia, she told me. They mobilized behind the Revolution, which ended more than two thousand years of dynastic rule, in 1979. Those who grew up in the eighties and nineties were shaped by the traumas of post-revolutionary upheaval, international isolation, food rationing, economic hardships, and an eight-year war with Iraq. They were consumed with restoring material comfort and peace. Many women were willing to accept traditional values as part of the social contract. 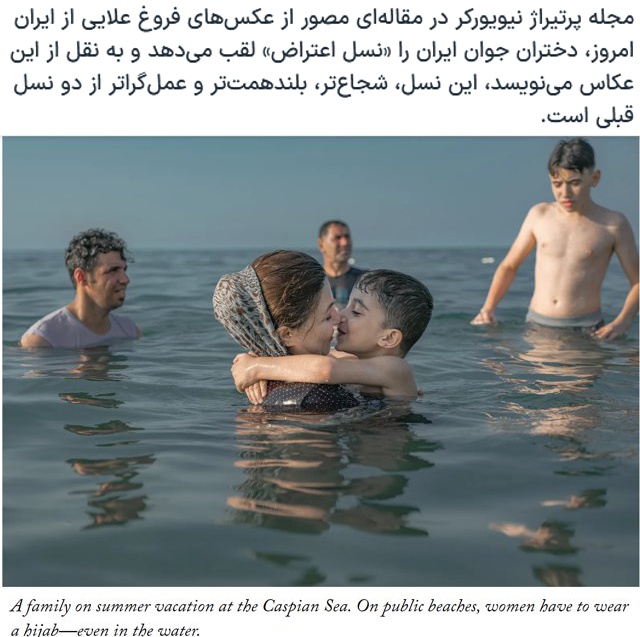