But the protesters—boys and men have joined, too—have no platform or proposed political alternative. “They are looking for prosperity and freedom of choice,” Alaei told me. “They are not ideological people who want to follow a leader or a way of thinking.” Their role models vary from athletes and musicians to politicians. Alaei’s mission to photograph Zoomers has been complicated by the growing public fear of cameras. Security forces use technology—including drones and CCTV—to identity protesters. They track social media, which is why many videos of the protests are deliberately blurred. Convincing people to let Alaei into their lives has been difficult, she told me. But like the women who duck illegally into soccer matches, many have accepted the risks. As a result, she said, “it is not easy to oppress them without any costs to society.” 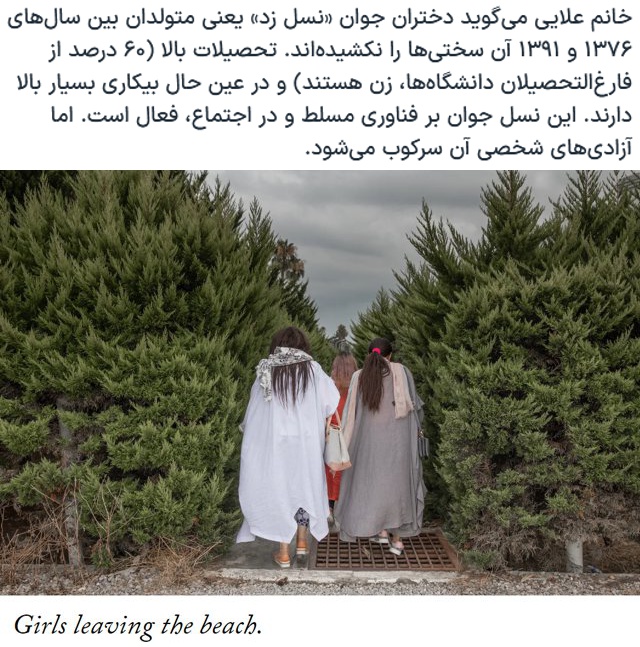