Born in 1989, Alaei trained as a lawyer but picked up a camera, in 2015, for Donya-e-Eghtesad, a daily newspaper focussed on economics. She taught herself how to use it. In 2018, she documented the soccer-game disguises, and donned one herself, for a series entitled “Crying for Freedom.” In 2019, she was arrested and held at the notorious Qarchak Prison for Women. (She was eventually released and acquitted.) Last month, Gen Z was ignited when twenty-two-year-old Mahsa Amini died after being picked up by the morality police for “inappropriate dress.” (She had exposed too much of her hair in public.) 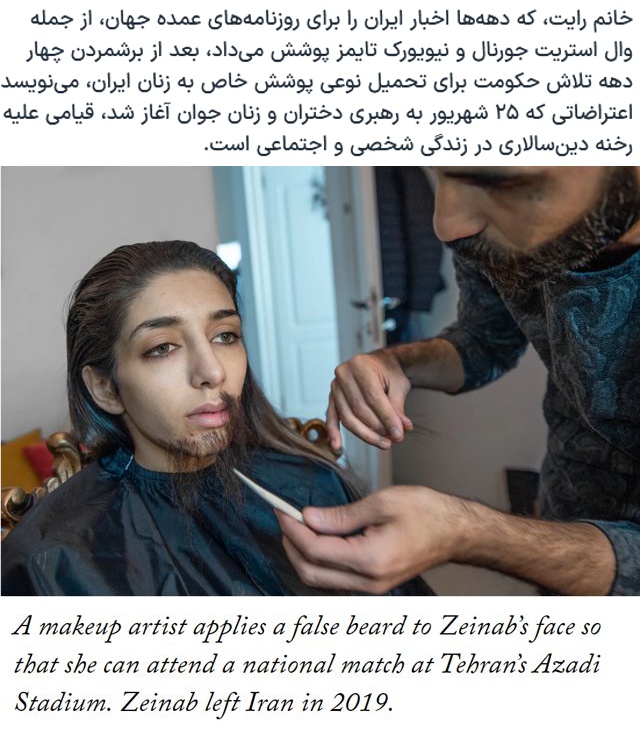