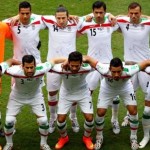 Venezuela’s national team coach Noel Sanvincente has stated that Iran men’s national soccer team will take on his South American side in a friendly match within the next few months. According to a report published by the Mehr News Agency on Wednesday, Venezuela is going to face Oman on October 10 in the Persian Gulf country, and the South Americans ... END_OF_DOCUMENT_TOKEN_TO_BE_REPLACED 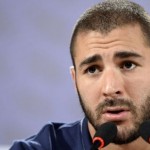 France striker Karim Benzema has extended his stay with Real Madrid until June 30, 2019 through a new contract with the European champions. The contract was signed on Wednesday. A statement on the club’s website read, “Real Madrid CF announce the extension of the contract linking Karim Benzema to the club until June 30, 2019, the next five seasons.” Benzema’s ... END_OF_DOCUMENT_TOKEN_TO_BE_REPLACED 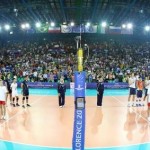 Iran volleyball team traveled to Los Angeles, California, on early Wednesday to play four friendlies against the U.S. outfit. The Iranian team lost to the U.S. 3-0 in the 2014 FIVB World League, which was held in Florence, Italy in July. Two teams will play four friendly matches in California. On Aug. 9, the two teams will play at the ... END_OF_DOCUMENT_TOKEN_TO_BE_REPLACED 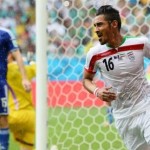 Iranian international striker Reza Ghoochannejad has reached an agreement to sign the Kuwaiti professional football club Kuwait Sporting Club on a one-year deal, and awaits a series of physical tests in order to officially complete his move. The 26-year-old Dutch–Iranian footballer, who plays for English football club Charlton Athletic and Iran men’s national soccer team as a forward, joined the ... END_OF_DOCUMENT_TOKEN_TO_BE_REPLACED 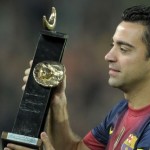 Midfield star Xavi Hernandez, who is credited with contributing to La Roja’s makeover, has announced his departure from international football. The 34-year-old made the announcement on Tuesday, saying, “I have taken the decision to leave the national team. I am grateful to the federation and the national team coaches for their confidence in me. It has been a fantastic period. ... END_OF_DOCUMENT_TOKEN_TO_BE_REPLACED