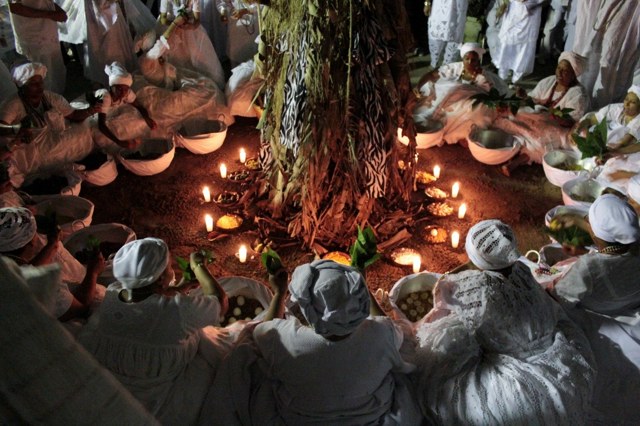 The traditional beliefs and practices of African peoples include various traditional religions. Generally, these traditions are oral rather than scriptural, include belief in a supreme creator, belief in spirits, veneration of ancestors, use of magic, and traditional medicine. The role of humanity is generally seen as one of harmonizing nature with the supernatural. While adherence to traditional religion in Africa is hard to estimate, due to syncretism with Christianity, Islam, and Judaism, practitioners are estimated to number over 100 million, or at least 10 percent of the population of the continent.