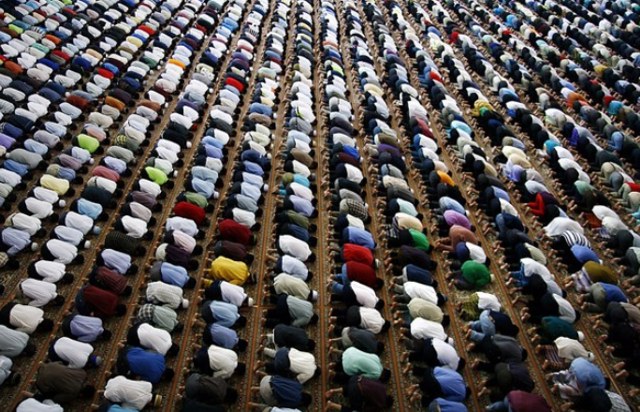 Islam  is a monotheistic, Abrahamic religion articulated by the Quran, a religious text considered by its adherents to be the verbatim word of God, and, for the vast majority of adherents, by the teachings and normative example  of Muhammad (c. 570–8 June 632 CE), considered by most of them to be the last prophet of God. An adherent of Islam is called a Muslim. Muslims believe that God is one and incomparable and that the purpose of existence is to worship God. Most Muslims are of two denominations: Sunni (75–85%) or Shia (15–20%)