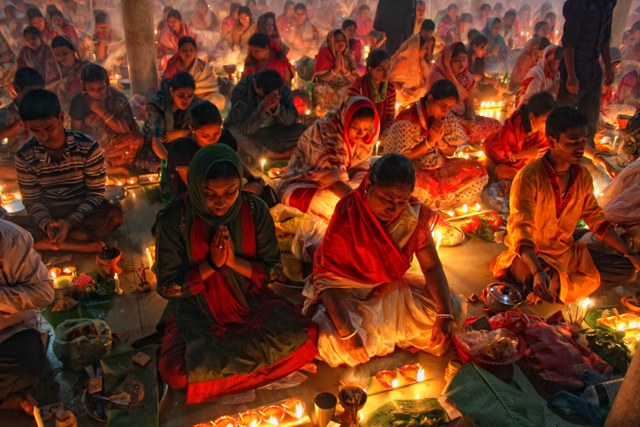 Hinduism is the dominant religion, or way of life in South Asia, most notably in India and Nepal. Although Hinduism contains different philosophies, there are shared concepts, common ritual techniques, cosmology and pilgrimage to sacred sites. It includes Shaivism, Vaishnavism and Shaktism among other denominations, each with an interwoven diversity of beliefs and practices. Hinduism has been called the “oldest religion” in the world. Prominent themes in Hindu beliefs include the four Puruṣārthas, the proper goals or aims of human life, namely Dharma (ethics/duties), Artha (prosperity/work), Kama (emotions/sexuality) and Moksha (liberation/freedom).